IMPORTANT INFORMATION:  Please be advised that due to sidewalk construction at the 185 Genesee Street branch, our ATM will not be available after normal banking hours.  Please use the ATMs at 2817 Genesee Street, Commercial Drive or our Whitesboro branch.  We apologize for the inconvenience. 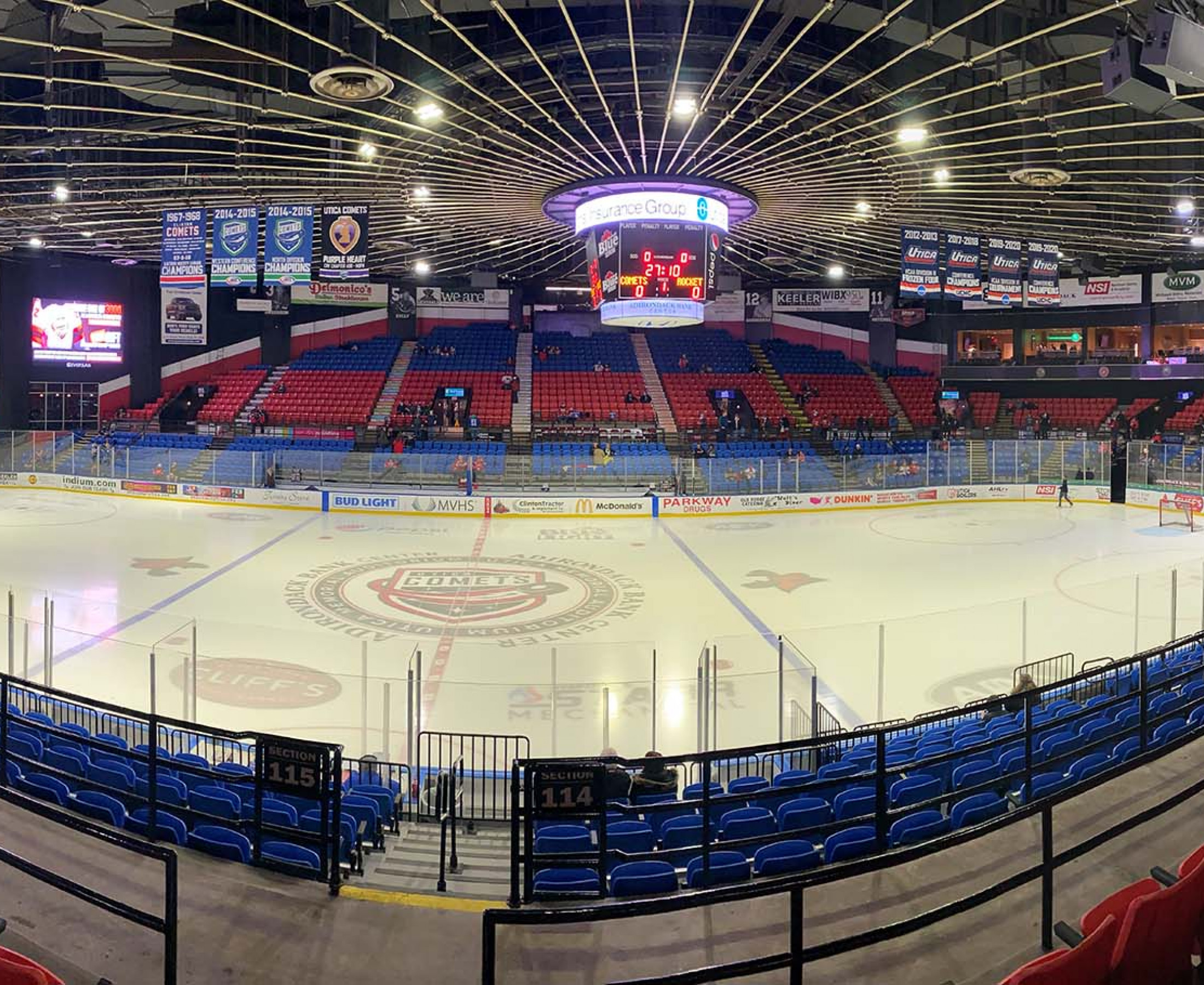 The Adirondack Bank Center is a premiere entertainment venue.

The Adirondack Bank Center is a 3,860-seat multi-purpose arena in Utica, New York, with a capacity of 5,700 for concerts. Nicknamed the AUD, it is the home arena of the Utica Comets, the AHL affiliate of the NHL's New Jersey Devils, and Utica City FC of the MASL, and the Utica University Pioneers. 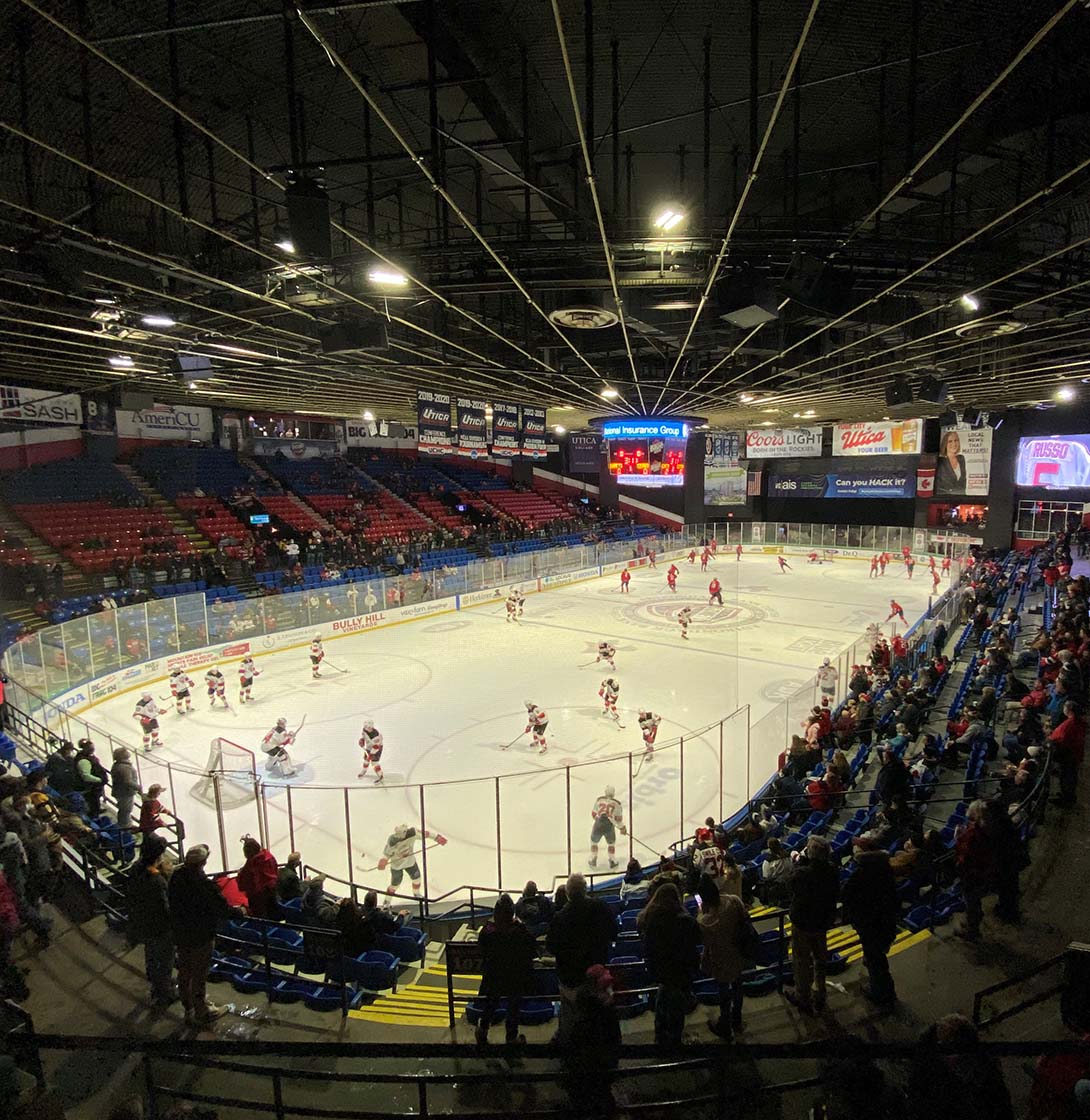 The Utica Memorial Auditorium was built by the city of Utica in 1959 on the site of the old Erie canal, on land donated by the state of New York.

Dedicated to the memory of area veterans and the wars in which they served, it was, at the time, one of only three arenas worldwide that had completely unobstructed views with no support pillars to see around. Madison Square Garden in New York City is modeled after the Auditorium. The City operated the Auditorium from 1960 until 1996.

Late in 1996, the AUD was sold to the Upper Mohawk Valley Memorial Auditorium Authority, which continues the fine tradition of bringing affordable family entertainment to the people of Oneida County and surrounding areas.

Please note that this link will take you away from Adirondack Bank and does not represent Bank sponsorship, endorsement or guarantee of information contained on linked sites. Adirondack Bank (including its Directors, Employees or its Affiliates) is not responsible or liable for the content, information or security; the failure of any products or services advertised or promoted on this linked site and any issue that may arise out of the site's privacy policy.